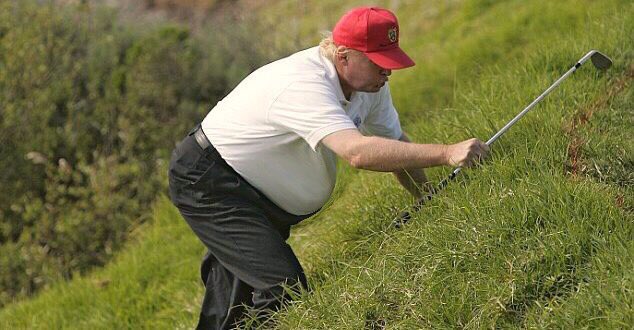 His daughter is “As dumb as a brick” – according to his “sloppy” former aide Steve Bannon. (Book: “Fire and Fury”)

Fox News owner Rupert Murdoch purpotedly labelled him as “A charlatan and a fool”.

But still, he is the kingmaker of our world today.

And of course, his name is Donald……..not the duck but Trump.

While “Winnie the Pooh” Xi Jinping has successfully hypnotised his fellow Communist comrades to allow him to rule China indefinitely, the notorious censorship of the authoritarian regime has forbidden its citizens from even searching the word “Pooh” on the internet.

What a creepy nation.

I am honestly happy that I wasn’t born in Shanghai.

The crackdown on the Tibetans, Uighurs and the Mongolians by the Beijing despot is also nothing new. Cultural genocides, the massive surveillance operations using thousands of CCTV cameras and the assimilation policy (forcing Chinese education system on the ‘aliens’) is no doubt killing the ethnicity of all the tribes.

If you don’t believe me, just go ask His Holiness the Dalai Lama the 14th.

Who cares on whether Ivanka is dumb or not!?

To be blunt, she is strikingly beautiful. Especially compared to her brother – who looks nothing but a hairy gorilla from Ueno zoo. Probably he’s biologically half Russian.

Btw, I had attended the “Pyonyang Olympics” 2018, which ended last week. The Outspoken Samurai had prepared for the worst, yes a nuclear war during the games (though forgot to purchase a gas mask made in China in advance), but fortunately it did not happen. But as Donald’s little man Mike Pence had warned, the Pyeongchang was truly a “political olympics” – used as a propaganda tool by the super fatty Kim Jong un and his friends.

As the world continued to give (during the games) an incredulous look towards the late Kim Jong Il’s youngest son who assasinated his half brother over a year ago in KL, the Seoul government’s Mun Jae in was extremely passionate to develop a close rapport with the fatty.

The ultra-left Mun government is so pro-North Korean Donald the Trump and his republican comrades must all be agitated banging their heads against the walls of the Whitehouse every morning.

A “Nuclear Pyongyang” is truly a nightmare, especially when Mr Kim has already developed an ICBM that can reach Tokyo is just 7 minutes or so. The famous Tsukiji’s sashimis and sushis as well as Tokyo Disneyland’s Donald the Duck will all be annihilated a way before we know that we’re all dead.

That being said, my understanding is that Japan needs to beef up its military capacity and that fast. History has proven that a war could be easily triggered by trivial matters, be it the assasination of Franz Ferdinand of Austria and his sweetheart Sophie on 28th June, 1914.

I went to a golf hitting range this morning, and struck 90 balls.

If you want to challenge me fellas, send me an invitation via JB’s website. Some people say that I’m a hell of a golfer with monstrous power of Zeus – that can hit 300 yards with 3 wood. But you see, due to the fact my political stance tilts to the right rather than to the left, often does the ball too.

Tokyo’s PM Shinzo Abe is an avid golfer unlike myself, who’s probably a fake. And Abe occasinally enjoys playing 18 holes with Donald the Golfer.

“Make the alliance even greater!” – was the original golf cap Shinzo made for Donald about 5 months ago when the latter visited Tokyo on his Asia tour. The slogan certainly did not impress me, because I could easily acknowledge how Shinzo was trying to cajole Donald on Pyongyang. But it just didn’t look cool, and from that point on (the moment the U.S President wore the cap and fled off to the golf course in suburban Tokyo), the Prime Minister of Japan had turned into a mere caddie of Donald the golfer.

In reality, we need Pentagon’s military support to maintain our sovereignty. There’s no doubt about that. Japan-U.S defence treaty is unshakable, as far as I am concerned. However at the same time, I find it absolutly shameful how the country I was born must rely on a third party (Ally – is such a pretty sounding word!) to defend itself. And it is undeniable that’s the sole reason why Shinzo must play the role of a “Pierrot” caddie.

I do cherish the 7 decades old “Tomodachi friendship” with Washington.

Seven years ago, when a magnitude 9.0 earthquake struck northeastern part of Japan on March 11, subsequently leading to that devastating Tsunami and Fukushima nuclear disaster – USS Ronald Regan and my fellow American servicemen stationed in Japan (approx.47,000) immidiately headed to the Tsunami hit areas in the face of radioactive risks.

Only a true ally ( not fake) could take such an action.

And while Japan today is surely in a predicament over North Korea’s nuclear threat as well as the emerging Chinese military aggression in the region, the “caddie” in reality has no choice other than to count on the “golfer”.

But in conclusion, I cannot but help argue that its about time the habitants of the Japan archipelago get up on its own feet, and start proving that they are actually the proud descendents of the Samurais who had never succumbed to external force be it Ginghis Khan or the Russians. To my understanding, the “True Samurais” led by the famous Admiral Togo de facto perished in 1905 as the Empire of Japan prevailed over the Russian Empire.

The rest is history.

More than a hundred years on since the victorious Battle of Tsushima, the Samurais are dead. The Japanese today are emasculated, overwhelmingly timid like a flock of Aussie lambs.

If Kevin Spacey actually, and forcefully grabbed the crotch of young boys, “Winnie the Pooh” is also preparing to do the same on “Tokyo boys” – only to find that there are none; I mean yeah, the balls. In the latest survey of 2015, only 11% of the Japanese today have the guts and patriotism to fight for their nation in case of war – by far the lowest among the G7 nations.

Unfortunately, its we, the Japanese that are as “dumb as a brick”, not Ivanka.

Oh Donald the daddy, can I be the caddie of your daugher sir?!

Giapponessuno, an invented word made of Giappone ＋nessuno (nonentity in Italian) perfectly describes the protagonist.

"I do hope you won't consider it presumptuous, but the sycophantic reticence of the homogenous lambs of Giappone is morbid, misleading and an incontrovertible liability that may jeopardize the planet. I rather go the opposite. We must speak our mind" - boasts the Bacchanalian traveller.

The moon-struck Samurai Giapponessuno delivers unconventional thinking & bedtime stories. Horselaugh of impropriety, gloriously delivered through the lens of the self-content, cleanest, and probably the lewdest Land of the Rising Phallos (Festival).