Dionysian Bodisattva disguised as a Samurai. Or a loquacious poet.

Now is the knowing.

The unparalleled Amazon Prime dog-sleigh show 'James May; OUR MAN IN JAPAN’ - starring impeccable Anglo-Saxon Kingpin-Superhero Mr. James May is absolutely inimitable. Meanwhile, Samurai Yujiro, an intolerable Oriental Bellend plays a role of Japan guide - and a flawed servant to his flawless Master.


The precocious schoolgirls are here to save the planet. 'The Vagina Busters’- (Released in December 2021) is a comic sci-fi adventure with an unconventional touch of piquancy, knowledge and charm.

If you happen to be a sushimonger, then; 'Susie & the Sushi Factory’- (Released in Christmas 2020) may fulfill your appetite.

While the influx of foreign tourists (Record high 32 million, 2019) seems unstoppable, Yujiro released his lethal-book MASTER OF JAPAN- "Cultural Learnings of Amazing Land of the Rising Sin" (Released in December 2018, JB Books) , conveying the intriguing, untold side of Japan (sinful), with a mind-blowing sense of humor. (Amazon Bestseller, as of Jan.19,2019)

“Our population is shrinking by freaking 1,200 a day! We need to open up, abandon the obsolete dry Sushi and condone diversify fellas”.


Keio University Bachelor in Economics.【Est.1858 - Keio is the oldest academia in Japan, founded by Fukuzawa Yukichi, a decrepit gentleman on ten thousand yen note.】The best ramen in Japan is available at the main gate of the Mita campus, at the foot of Tokyo Tower!

“FAT BOY and FAT MAN”is a satire about 2 farm animals.

English Fantasy Novel: “SENTAKU ISLANDS and the Secrets of the Laundry Machine” - is also available on Amazon.

Yujiro on TIME magazine
As a Nutty Samurai, he is now serious about conquering the world by promoting Shiboritate-Super fresh Sake, Natto(Nutty), Sushi, Ramen, Shinkansen, Doraemon, countryside and Onsen to the foreign travelers across the universe.

Often outspoken , he is also the
Finalist for the inaugural "Democracy Challenge" hosted by the U.S state department.

In 2016, Yujiro appeared in Al Jazeera debate program “STREAM - Obama in Hiroshima” as a Japanese speaker.


"I'm an imperfect Bellend, but still telling the truth is something I take very very seriously, for the better understanding of the world we live in" , he mumbles.


Editor in chief is also a big fan of Ms.Margaret "Finchley" Thatcher and Dalai Lama the 14th.
"I wanna be as bold as Maggie, and as humble as his holiness", he whispers carelessly.

For inquiries, please e-mail our agent at JB Management: 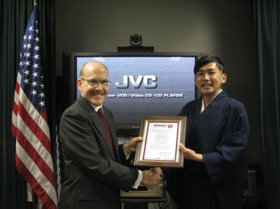 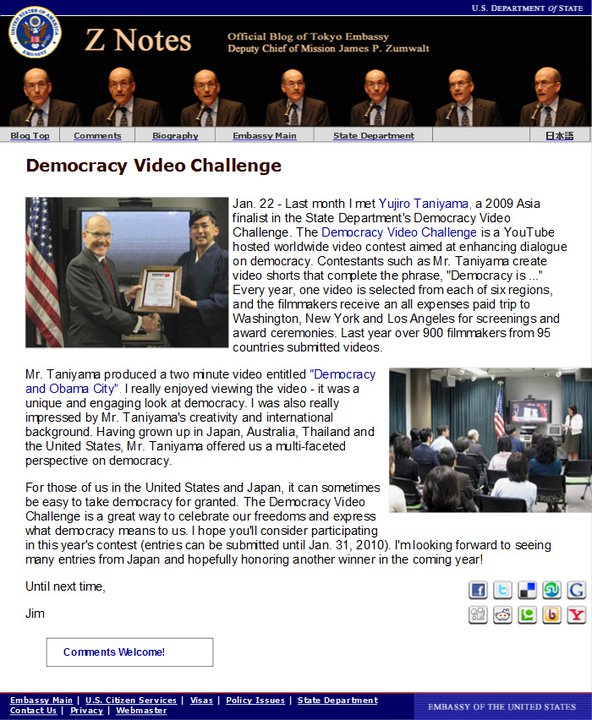