Well,  this is an old, popular Japanese proverb that irrefutably means ‘Gods are watching’ . And surely, he is. According to Shinto（神道）, our indigenous way of life, there are some 8 million Gods in the Land of the Rising Sun. The legendary Anime director Miyazaki Hayao’s Academy Awards winning mind-blowing masterpiece, ‘Spirited Away’ depicts that concept beautifully in the film, so please take a look.

And surely, our Gods will be watching the ‘Rugby World Cup 2019 Japan’, which will kick off in just less than two weeks, on the September 20th. As a war correspondent, I am more than thrilled, because Rugby is definitely a war per se, but just that they don’t use the Russian AK47 machine-guns. But instead, the 200cm monstrous field players use the very best of their minds, muscles and tactics a human nature can offer.

Held just once every four years, this ‘global event’ (but only in the West, as well as the southern hemisphere. Asians aren’t bothered, but the Japanese) must be cherished and overjoyed to our maximum capability. So I’ve decided to fly to London, Edinburgh and Dublin and ‘declare Rugby wars’ on the founders and the frontrunners of the sport.

Nevertheless, England is Japan’s amicable friend. Since they are in Group C, while Tokyo is in Group A.

Therefore, my hypothetical enemy is the mighty Scots and the Irish – both in the same group as ours. They are indisputably stronger than the host team, and the 127 million Japanese have unanimously reached the conclusion that ‘we must lead our two biggest foes to the state of drunken stupor’ prior to the kick off.

So here comes I, the ‘chosen’ war correspondent, weak as hell with Sake, wine and beer, on a divine mission to invade the pubs and streets in the United Kingdom and Ireland. And I have decided to label this secret mission, “Sorry Scotland, Sorry Ireland Tour”. Dublin is a top ranked team, Edinburgh is 9th, and Tokyo comes after that in current world rankings. However, it goes without saying that they will outclass the host unless some kind of an inexplicable fluke, or a miracle happens.

‘Miracle of Brighton’, sort of. Nobody had expected that the venerable Samurais would prevail over one of the most outstanding teams on the planet, yes, the legend Nelson Mandela’s team Springboks 34-32.

But the Gods were watching. As it happened.

The above are my baseless, and wishful predictions when the three parties shall clash on September 28th and October 13th.

I must confess that my biggest liability is that the Scots and the Irish are allegedly super tough drinkers when it comes to alcohol. They can gulp vodka like a beer, faster than the bloody Russians maybe. On the contrary, the fake ‘war correspondent’ is tantamount to a British junior high school 8th grader whose been consuming beer since the age of 12.

And lastly, if by any chance you find a hallucinated oriental thug swimming facedown in the background alleys of Rugby or Galway near a local pub, I’m probably the one.

Oh, should you also visit Nippon to view the exhilarating matches, please do try the brilliant local beers. Not the piss-water to say the least, sir. 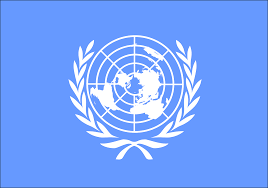