This is a true story.

Incidentally and shamefully, I slipped and fell into a ‘shallow’ pond at a mundane golf course in Chiba (not China) the other day. As the highly observant people infrequently call me ‘Jack Nicklaus of the Orient’ – my tee shots fly like a bird, and my putts sting like a bee.

At any rate, it was a sunny firmament turned rainy, foggy day. Airplanes arriving and departing from Tokyo Narita Airport (which is actually not in the capital but in bordering Chiba prefecture) was discernible every few minutes, which was quite striking in the time of stringent travel ban. Cargos? Maybe. A corpulent friend of mine and I, now entering the latter half after lunchtime – were playing in rather an uninhabited course, probably due to the weather.

“Damn! I’ve done it once again!”, sighed the deboo (meaning ‘fatty’). He had smashed his third shot into a little pond adjacent to the green. Simultaneously, I, a devout environmentalist rushed to the site where the ball had disappeared; to kindly recover the pricy little apparatus for his sake. The prudent reader may be puzzled to hear this, but the golf courses in Nippon – a nation known for its unrivaled cleanness and unobtrusive beauty is grossly dirty – because the players are incredibly nonchalant about searching for their balls that’s allegedly gone in the rough or ‘out of bounds’. These Tourstage, Srixon, Dunlop, Bridgestone balls cost roughly $7 or more each; an eye-popping value equivalent to a bowl of scrumptious ramen. Regardless, the decrepit but wealthy players (golf is largely a recreation for the elderly these days, not for youngsters) don’t bother to even look for their ‘ramen’ but instead use a new ball! Mottainai!  What a despicable waste!

And importantly, these abandoned balls are hugely hazardous to the environment, for they are covered with rubber and urethane – an artificial compound that is also used in pesticides. That said, it had always occurred to me as something inscrutable how the famously ‘clean’ Nippon people can simply dump the round crystalline compound in wildlife. Furthermore, most course operators somehow turn a blind eye too! A collaborated heinous crime it is, indeed.

Therefore, it goes without saying that Jack Nicklaus is often quite busy picking up these untarnished ‘diamonds’ ostensibly on environmental grounds, cleaning up along the way, rather than the play itself.

Under such peculiar circumstances, upon Fatty’s terrible miss shot, the garrulous environmentalist ran to the depthless pond, as a show of bravery and selfless friendship. It seemed like a piece of cake to recover a ball or two. Raindrops were now hitting the braveheart’s face a little stronger, beneath the gloomy sky.

With a 9 iron in his hand (to dig the ball out), Jack Nicklaus then found himself unexpectedly slipping at the edge of the pond. Lost in balance, the whole meaty body of the self-imposed environmentalist of formidable kindness had now plunged into the dark, brownish water. But Jack was a talented athlete so he hadn’t the slightest apprehension about the consequences; nevertheless after a while it had become self evident that his flawed Adidas Superstar was having extreme difficulty in securing a solid surface, in order to stand firmly on his feet.

“Oh my duck! I’m drowning!”, screamed Jack Nicklaus of the Orient, attempting to cling on to the edge of the fairway using the 9 iron as his fleshy body had begun to be sacked into the creepy water-zone of abysmal depth. In reminiscence of Alfred Hitchcock’s 1960 masterpiece ‘Psycho’ – where the car with a dead body in the trunk gradually submerge into a lifeless basin; I too was now a dead man.

“Fatty! Help! I’m drowning Fatty! This is not a stupid exercise! Hurry!”, cried the inane environmentalist in absolute horror, as both of his feet had continued to struggle relentlessly on this artificial super slippery floor, whatever it was. The body had rapidly become ultra heavy, thanks to the soaked clothes. Drowning was never in my unremarkable dictionary, well not since I was a primary school kid, to say the least. But now in the era of pestilence 2021, poor Jack was seriously on the verge of suffocating beneath this trivial duck pond at a golf course without a human shadow (his’ was the last group to play, after all).

Embarrassing as it all was, the disgraceful incident turned out to be the closest that I’d gotten to death in recent years. Hair raising it really was! Fatty was too obese to respond  speedily (he thought that I was fooling around, a prank), but made it just before ‘Aircraft carrier Yujiro’ had capsized and sunk. Consequently, I had learned that for some mysterious reason, black rubber plates had been tightly set and placed all along the bottom of the pond. Mr. Nicklaus apparently and unequivocally repudiated the golf course’s long time tradition, later pointing out to the management that such a custom (erratically, they didn’t explain why they do it) only jeopardizes safety of the players; especially when one third of our population is stunning over 65! The fastest aging nation on the face of earth!

“This is a Pond of Death we are talking about here! Our lives are at stake, you hear!?”, shouted the foolish survivor. Unresponsive was the idle looking operator in charge (who surprisingly replied, “There must have been a life-saving-vest around”, in which I refuted telling him that it was a big fat lie!) , but I did learn from other staffs (especially the lawn mower guys) that there have been quite a few fatal cases occasionally in other golf courses. So people were dying! No surprise. But all unreported publicly, obviously. So nobody knew, including myself. And what further struck me in disbelief was that this ‘rubber flooring of the pond’ business was hugely rampant in golf courses all across Japan!

Morbid. Correct, morbid is this whole thing, if not stupidity.

So by any chance if you happen to play 18 holes in the Land of the Rising Pond after the travel ban is lifted, do be vigilant near the water hazard. It’s irrefutably a  life threatening decoy. But wait, I have a better idea.

Yes, wear a life-saving jacket whenever you play. 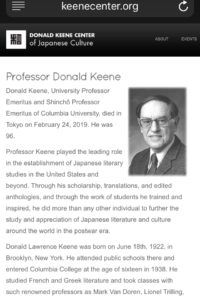 Eccentricity is often a duty, in the world’s fastest aging society. Tomatoes all look exactly the same, as disfigured are trashed into callous reformatory. Be sinful! Be single! Heel that conceited sushi my evil genius whispers thee! 『Infernal Samurai Yujiro Taniyama』