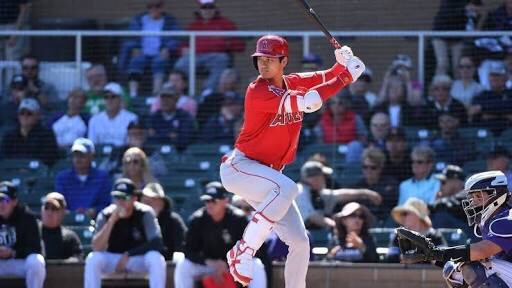 Today, his team the Los Angeles Angels (LAA) crushed White Sox 5-2, thanks to the three-run homer by the Japanese two-way star.

As I was watching the game, suddenly one thought popped up on my mind.

“Why is this guy so damn beautiful?”

If you follow MLB, I know that I’m not the only one with that question.

There’s absolutely no denying the fact that Otani is a pure classic in the world of baseball – he can pitch, and he can bat. He smashed his 19th homer today, a record breaker as a Japanese rookie in MLB.

We all know that this “Babe Ruth of the 21st century” will make history.

But what fascinates me the most is the fact that he can be distinguished from the rest of the MLB players in a remarkable way.

When 99% of the American major league players spit out their dirty salivas from their mouth every five seconds, Otani never does. Spitting is so pervasive in MLB that I find it disgusting. It contaminates the ball park. Houston Astros’ Altuve spit out his saliva every two seconds even when he is in the bench.

The American public don’t seem to care less about it, but one thing is crystal clear – ITs NOT CLEAN. Both sanitary-wise and visually.

MLB guys may think this “spitting” is cool (that explains why so many does it), but in Japanese professional baseball you would hardly see any player doing it. Yu Darvish never spat out his saliva when he was in Nippon Ham Fighters, but as soon as he started to play for the Texas Rangers he was brainwashed and became a “spitter”.

I have never seen him spit on the ball park. Have you!? I don’t think so.

Not only does this simple fact make him an exemplary ball player, but a beautiful one.

The Japanese are probably the most ‘cleanest’ race in the face of the planet. Some girls take bath 5 times a day on weekends – in the morning, after the morning run, after lunch, after five and before going to bed.

Spitting is generally considered rude and dirty in Japan. So if you go to a public bath or an Onsen for example and see someone spit while washing up their body, the perpetrator always drains away his own saliva with shower or fresh water.

I mean, we all know that it is dirty, with germs.

So it simply strikes me as a pure mystery why the “Ball-park moms” in the U.S are never apoplectic when their kids or those in MLB are spitting around spreading filthy germs here and there. I do not mean to be disparaging to the Americans in any way, but it’s just incomprehensible.

Something that seems pretty unhealthy and ludicrous to my standard, when innocent kids and civilians are victimized in Sandy Hook and Las Vegas every now and then.

Lastly, we’ve got to bear in mind that the American kids who grow up watching MLB end up thinking “spitting germs is cool” by the time they are 18. Not only is it hazardous but also obsolete.

Spitting is like a CO2 emission from a four-wheel vehicle. It’s simply not cool. It’s not beautiful. So if MLB has a long term goal to turn baseball into a “Global thing” like soccer, then I humbly recommend that you find a way to mitigate this ‘unhealthy custom’ before its too late.

Now we all know why!