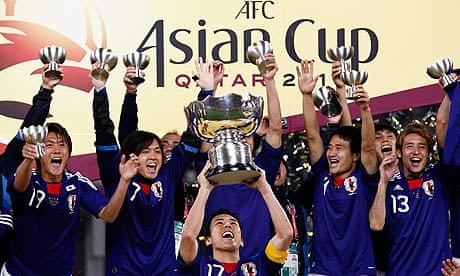 Sushi power has done it once again.

The fate of “FIFA-AFC Asian Cup 2019” now rests in the hands of Japan, Iran, Qatar and the hosts UAE. Defending champions Australia and Asian powerhouse South Korea were struck by an unfathomable tragedy last night, when they were ousted by lower-ranked foes.

Next, in the semi-finals, the Samurai Blue will fight Iran, while Qatar encounters the mighty United Arab Emirates. And for the benefit of the reader that is not a huge soccer fan, let me underscore that the Asian Cup is a crucial football event that is held every four years, to decide the No.1 in the biggest continent in the world – Asia.

Since its foundation back in 1956, Tokyo has been the most successful with 4 titles (1992, 2000, 2004, 2011), while Tehran has won 3 times (1968, 1972,1976). It is an obvious fact that the European soccer enjoys the highest level of the sport, but in the recent years Asian soccer has shown tangible improvement both in quality and strength. At the FIFA World Cup Russia 2018, Japan defeated South American powerhouse Colombia and was the only Asian nation to advance to the knockout stage (Best 16). Iran succumbed to 2010 Champions Spain 0-1, but drew  against Ronaldo’s Portugal. South Korea lost first two games, but showed its resilience by defeating Germany 2-0 in the last game before heading home.

And in this blog, I would like to scrutinize 5 great reasons why ‘Japan will win AFC Asian Cup 2019’ – of course based on my bias as an avid Nippon football fan. On whether you regard my prediction as a feasible assumption, or merely a fake news is totally up to the reader.

So now, let us begin.

1. Japan is getting stronger as a team every time we play.

Despite the fact that the team no longer has big names such as Kagawa, Honda and Okazaki, still the Samurai Blue is proving significant improvement overall, by beating Saudi Arabia and Vietnam both 1-0 after entering the knockout stage. Japan have won all 5 games played in this tournament so far. The future looms bright.

2. Iran, Qatar and UAE are Arabians, not Asians

Strikingly, the’Asian Cup’ today is not really about Asia, but rather the ‘Middle east & Asia’. In this tournament, we’ve had teams from Lebanon and Palestine (Israel once used to be ‘Asia’ too, to my disbelief) as well, deeply questioning what the definition of ‘Asia’ is all about. Australia, a former British colony also became ‘Asia’ just about a decade ago. Although I do embrace diversity and internationalism, my understanding is that Japan is the only truly Asian team (though some may argue that the post war Japanese are Americans), entitled to win the ‘Asian Cup’ – extending its record breaking 5th title.

3. UAE cut off its foreign relations with Qatar for “supporting terrorism”

Sadly, politics is playing some role in this tournament. On June 5th, 2017, oil & gas-rich state of Qatar (good friend of Iran) was severed ties with its neighbors Saudi Arabia, Bahrain and UAE for reasons such as “funding Muslim Brotherhood” and act of terrorism. And there are reports that suggests that some Qatari football officials have been denied entry to Abu Dhabi during this Asian Cup. If Qatari citizens and supporters too are currently banned from entering UAE, such restrictions must be alleviated prior to the upcoming semi-final on Monday. (Otherwise, there’ll be only 30 supporters of Team Qatar, against 30,000 Emiratis).

My understanding is that sports and religion should always be kept away from politics, and this ‘Qatar crisis row’ could sentimentally undermine the psychological assertiveness of the players of 3 Arabic speaking states.

Japan are likely to benefit from this counterproductive feud.

4. Trump’s sanctions on Iran is building up nationalism, but weakening their national team’s protein-rich diet

There’s no denying the fact that Team Iran is currently the Asian leader in FIFA rankings, marking 29th on the ladder. Japan is 50th, UAE is 79th, and Qatar is ranked 93rd. But these figures don’t seem to mean much when the tournament enters knockout stages. We also ought to bear in mind that half a year ago, Japan was once leading the world’s 3rd ranking Belgium 2-0 at the FIFA World Cup 2018 until the 65th minute (but hilariously succumbed 3 goals in the last 20 minutes).

So the FIFA ranking is really no longer a big deal in this Asian Cup.

The mighty Iranians have shown significant resilience in this tournament too, thrashing poorly played China 3-0 in the quarter finals. But still, there are unconfirmed reports that Mr.Donald Trump’s self-righteous economic restrictions that are now imposed on Tehran, has led to steep rise in meat prices domestically, and that the Iranian national squad can now afford only 250 grams of U.S beef a day.

This of course too, benefits the Samurai Blue, who are the world’s greatest consumers of fish and Sushis. Aggressive as Portuguese manager led men may be in the first 45 minutes, it is a plausible speculation that they should run out of fuel (due to malnutrition) from then on.

2-1 victory for Tokyo in the semis.

This new 50 year old coach is a pure, evocative sensation to my understanding. He is smiling 24/7 like a fat Buddha, although he himself is slim and short. Moriyass’s benevolence, just like the exiled His Holiness the Dalai Lama the 14th of Tibet, is a crucial factor and a decisive weapon for the Nippon side, for it seems to have this miraculous  power to defeat any formidable adversary.

To back up this “Buddha theory”, Team Japan has not lost a single game after he took the manager post 5 months ago. 9 wins and 1 draw. The Samurai Blue have learned to fight tenaciously, led by this ‘Smiling Buddha’. When we all know that psychological element plays a huge role in football, I adamantly believe that having a ‘Buddha’ in the bench will surely, and inevitably lead Nippon to its 5th title.

Lastly, Iran is led by a Portuguese, Qatar is led by a Spaniard, and UAE’s coach is an Italian (whom I accidentally banged into in the Nishi-Azaboo alley in Tokyo, about four years ago. Nice man, Mr. Zaccheroni). But none of these coaches can sing the national anthem of the team they are navigating of course, whether as, the ‘Buddha’ can. And it too, shall strengthen unity as a team.

Thank you very much for reading!

※ I am profusely sorry if I have in some way offended the fans of other semi-finalists. That is surely not my intention, to say the least. FIFA, Fair Play. 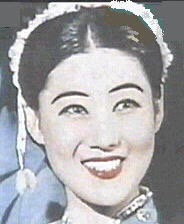 ‘Fat Turd’ Kim Jong un’s mother was ‘Made in Osaka’