“Lee San”, a Korean classic soap drama based on one the life of one of the exuberant kings of the Chosun dynasty is truly brilliant. It was produced about a decade ago and is now re-broadcast in Japan, and I’m a huge fan. Seong-yun is prettier than Taylor Swift by far too. And yes, the Korean invasion of K-pop and TV shows is so conspicuous in Tokyo and the popularity is still on the rise.

Nevertheless at the same time, the majority of the Japanese today share the feeling that the so called ‘anti-Nippon hysteria’ among the Korean judges under the influence of ultra-left Mun government is by far erratic and incompatible. I too feel that the so called the sense of ‘Victimhood’ pretty often goes just too far in Seoul, especially the liberal media.

On October 30, 2018, Seoul’s Supreme Court ordered the Japanese steelmaker ‘Nippon Steel’ to pay compensation of $88,000 to four Koreans ‘forced to work’ during the last war. This ruling is not only preposterous but baseless, as even the ultra leftist Chicago University Professor Bruce Cummings even argues; “The 1965 Japan-Korea treaty did wonders for the Korean economy, but the settlement remains controversial today because it ended the possibility of future claims against Japan”, also adding that South Korea received from Nippon a direct grant of $300 million and loans of $200 million in 1965 dollars, and private firms put in another $300 million in investment. This was at a time when Korea’s total exports were $200 million.

The sum was actually a huge chunk of money for Tokyo, which took full 18 years to pay off according to the former Tokyo Christian University Professor Nishioka Ricky. Well that’s what he told me when I once interviewed him. Let me also underscore the fact that the Korean President at the time Pak Chong Hee (the father of the now incarcerated former President Pak Geun hye) officially signed an agreement with Tokyo in 1965 that the Seoul government will take full responsibility of providing the Korean individuals with the ‘wartime reparation money’ from the direct grant of $300 million mentioned above, exonerating Tokyo from the need to compensate to Koreans one on one personally. And that explains why Chicago University Professor Cummings acknowledges that ‘the treaty ended the possibility of future claims against Japan’. Period.

However what’s ironic here is that the military strongman Pak Chong hee hardly paid money to his own people, but instead used Japan’s super big 1965 reparation money to boost its own economy investing and setting up Pohang steel company (now called POSCO, one of the giants in steel industry that even owns a professional soccer team) in his hometown. And that’s exactly why Cummings even argues Japan’s money ‘did wonders for the Korean economy’.

So the October 2018 ruling by the Seoul Supreme Court is nothing but an unfathomable farce, suddenly ordering the Nippon Steel to pay some inexplicable money, violating not only the bilateral treaty between the two governments but also defying the very basics of international law and agreements. Such a double-dealing, crooked behavior by the ultra liberal judges (under the pro-North Korean Mun administration) will only humiliate the good-hearted ordinary Korean people, not empower them.

Ludicrous as this whole ruling is, if any ‘steel company’ were to pay it would obviously be the Pohang Steel of course, not the Nippon steel.

The former king of Chosun, Lee San is hailed today as a rational, ethical leader that had lucid thoughts. And I cannot help but ponder that this once a great man now must be weeping up in heaven, for the utterly irrational demeanor by his disingenuous predecessors.

Raising the flag beneath the cloudscape, national holiday to felicitate Hirohito’s Birthday. Why the vanquished’s wartime demigod remained as Emperor, remains a majestic mystery till this very day. 『THE MORNING GOOLIES』 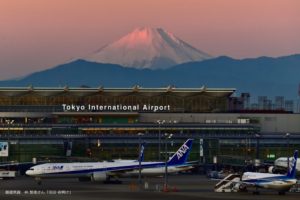 Snack or sunak, pretty or priti. Misspellings of nouns and adjectives conclusively out of the ordinary. Despite the exquisite diversity of the mighty marmite society, will the Protestants consecrate Hindoo gods of the former colony? Gobble down your sunak with beer, golly you priti let’s wait and see! 『THE MORNING GOOLIES』

Korean restaurant in Shinjoocoo, ¥490 pork rice lunch menu. Complimentary Kimchi, so 1000g box was out of the blue empty, Red Mt.Fuji. Seoul I miss, in my soul. 『The Morning Goolies』