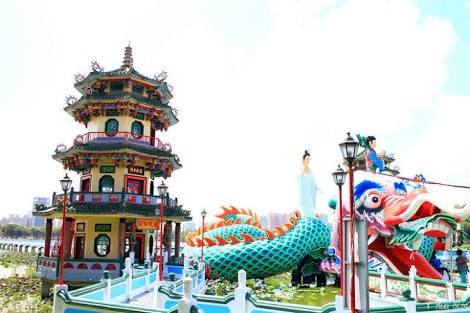 My name is Yujiro Taniyama, and I am an Outspoken Samurai Bellend provocateur of the 21st century.
And I do not work for the lavish, corrupt Panda communists in your neighborhood.

Yes ma’am, the so called “PRC” stands for “Panda Republic of Corruption”; as we know the people of the modern world are well aware of the fact Beijing downplays its own citizens, crackdown and kidnapping of human rights lawyers is rampant – meaning the notion “PEOPLE” simply doesn’t exist in PRC.
I emphatically condemn the repugnant statement that was made 2 days ago by the enslaved Panama government.

The term “Official” don’t mean a thing in this tumultuous world of hypocrisy we live in.
PRC is a menace of Asia, to say the least.

I know that, you know that, Japan coastguard guys know that. Even the famous loose cannon Trump is probably aware too.

The latest callous behavior by the PRC, or the Panda Republic to undermine the sovereign democratic state of Taiwan by  pressuring the owner of the Panama Canal is nothing but a ruthless bully.
The remorseless communist nation may be the world’s No.2 economy flexing its rapidly growing military muscles, intimidating its neighbors perpetually over territorial issues.

However, you’ve got to bear in mind that the majority of the people of the free world absolutely loathe the PRC and it’s oppressive system, hugely arrogant and deploringly abrasive in its character.

On the other hand, the people of Taiwan has definitely won empathy globally, for what it’s made of; rule of law, democracy, human rights and the benevolent morality.

At least that is what the Japanese think.

Purportedly there are just 20 nations left in which you enjoy “official diplomatic ties”.
So?!

Before I move on, let me please respectfully apologize to you on behalf of our people – for abandoning Tokyo-Taipei “official diplomatic relationship” back in September 1972 under the Tanaka Kakuei administration.

Ms Tsai, Taiwan was the member of the P5; or the permanent member of the UN Security Council as “CHINA” until the hypocritical United Nations ousted your ancestors in 1971; handing over the prerogative to Mao Tse Tung’s PRC.

Till then, “China” was synonymous for Taiwan. Taiwan was China. And it is well proven by the fact that your national flag carrier is called “CHINA AIRLINES”.

The PRC wants that crucial “naming”  back, and that desperately deep inside  I presume.

I disavow any sort of crackdown on human rights activists and lawyers seeking freedom and prosperity. PRC does that ma’am, as you may be well aware. Kidnapping of Hong Kong Bookkeepers was a horrendous act, indeed.
Taiwan “isolation” won’t happen

That being said, I would like you and your great Taiwanese people to know that the usage of the term  “official diplomatic ties” (ODT) is totally obsolete. Though Japan’s PM Abe may not have ODT with you, it’s a well known fact that you two have amicable ties.

Taiwan is also a common destination for us the Nippon Gin too. I’ve enjoyed a round trip across Taiwan in the past ; from Taipei, Jiufen, Hualien, Kaohsiung and more!

Tokyo – Taipei relationship is unshakable, unbreakable.
You know that, and so do I.

Both our people share the same basic principles of a civilized modern world. Freedom of speech is guaranteed.

Btw, a baby Panda was born recently at the Tokyo Ueno zoo; but remember ma’am, that Pandas do not “speak” – meaning free speech is nothing more than a dream over there in the “land of Corruption”.

That being said, I unequivocally convey to you that “official diplomacy” no longer has a meaning, and that the Japanese people unconditionally support your defiance towards the despicable Panda bully.

The term “Taiwan isolation” does not exist in Global dictionary.
But if by any chance it does, make sure to first put a blame on untrustworthy phoney – the double standard United Nations and its “allies”.
Those people only preach, but do not practice.

Probably even the Loose cannon Trump may be more credible than those fake opportunistic hypocrites.

As long as you and I, the people of Taiwan has the psychological strength to fight tenaciously along with we the Japanese, there is no way we could succumb to the Panda attacks.

Their vicious, primitive and barbaric greed has no place in human society today.

Our strength shall prevail, as the “undemocratically elected PRC” will drown in the super sticky “Natto Onsen”.

Please try it next time you come to Tokyo, Ms Tsai.
I will be honored to pick you up at the Handa Airport, if your “unofficial route” doesn’t work.
Please don’t hesitate to call me.

Thank you, and talk to you soon. 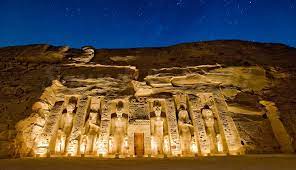