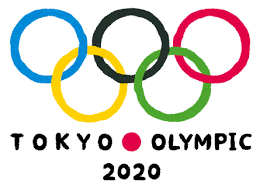 The most pricy Olympics in history is on the verge of collapse.

Nevertheless, I am sanguine about it. Because all rumors surrounding the Games are unsubstantiated. Fraudulent and misleading.

At any rate, some mind boggling 3 trillion yen, or $29 billion USD has been spent so far by the heavily debt stricken Tokyo government. Holy cow, that’s way more than my monthly salary.

Apparently, we are talking here about the already postponed Tokyo 2020 games, now hanging in the balance like an impotent phallus of a Tang dynasty eunuch in 7 A.D. The fiasco of the century is unfortunately just around the corner thanks to the ruthless virus that’s killed over 1.5 million, although the Manga here lies in the fact that should the alleged ‘cancellation of the event’ actually happen, it’s obviously not Japan’s fault. No, not at all.

Some of my sensible and alluring friends in the West unequivocally assert, “Damnation! Why should the Japanese bear the burden to pay billions of bucks for something that’s not their fault?! Blame Big C! Besides, when will they pay all the Olympic competing nations for disinformation and spreading of the deadly virus in the first place!? The batmongers should have eaten McDonalds, not bloody bats goddamit! Still, the self-righteous, self-serving Big C authorities are denying responsibility whatsoever! Look what they’re doing to Australia! Bullying hairy Aussie PM Scottie Morrison and friends, boycotting Aussie wines and iron ore just for proposing ‘a private investigation on the origin of the virus’ – because they can’t control it.  Bloody hell mate! Sickeningly irresponsible! Ban them from all international events until they acknowledge and apologize!”

Although I do not agree with everything that my civilized yet undiplomatic confidants have mentioned above, it is unshakably my civic duty to point out that the Chinese authorities were inexcusably unscientific, irrational and did turn a blind eye to the brave Samurai Li Wenliang who gave an early warning about the new coronavirus in late December of 2019. The selfless 34 year old physician was not only reproached by his despotic system as a ‘liar’ – but sadly contracted it himself and died. It was nothing short of blatant transgression.

Truth today is indistinguishable from propaganda. And I, the natural born Bellend deeply laments the loss of such a divine, fearless soul on a fearful soil. How inexplicably unfair is this world we live in.

Leastways, the cancellation of Tokyo 2020 too, is not only unfair and cruel for the hosts, but also for the athletes who’ve devoted large part of their lives to achieve their Olympic dreams. The Paralympics will have to be shut down inevitably. 11,000 super contenders from 200 nations are to take part in the ‘priciest global event’ which is yet to be officially ‘cancelled’ – since the Japanese Prime Minister Sugar (the secret code name that I’ve invented. The PM’s actual spelling is ‘Suga’, but that’s just too mundane, not fun at all) has emphatically stressed that the games will take place from July 23rd this summer as planned, which is understandable for someone in his position.

To those of you who’d rather enjoy ‘Animal Farm’ and don’t care less about Olympics, that’s also quite humane.

Rugby World Cup 2019 Japan by the way, was a massive success (if you still remember) as far as I’m concerned, putting aside the brilliant yet voluptuous South Africans claiming the title. That was unexpected and a huge phallic blow for the Bellend, to be honest. At any rate, as the self described Ambassador of the Sushi Nation –  my argument here is that the so called the land of unobtrusive beauty is and shall be well qualified for hosting the global sporting event, just like we did back fourteen months ago.

The uniform Japanese are indisputably perfect to hold large scale systematic events, like some may agree. Even the mighty Germans would appear somewhat sloppy when it comes to organized conformity. What? The disorderly French? That’s a way out of the question ma’am.

And lastly, here’s my indisputable conclusion.

I repeat. This epidemic or pandemic was simply not our fault. That said, rather than having astronomical amount of taxpayer’s money going down the drain like used diapers, the obstreperous Bellend cannot help but drizzle and plead to all my benevolent friends and enemies across the globe to give the Japanese a chance, regardless how damningly obsequious we are!

We bow too much. That, I know. We flatter like harlots, indeed we do. But nevertheless, in the very darkest hour the Bellend asks for mercy if not clemency to the Olympicmongers across the world.  And my suggestion irrefutably means to postpone Paris until 2028, and Los Angeles till 2032. Although it is rather unthinkable that the presumptuous French aristocrats will allow that to happen, for they are remarkably French, stubborn as they are!

Notwithstanding, perseverance matters. I call upon you, yes all of you across this warming planet; “What is the common sense decision?”.

Show us genuine compassion like Buddha my dear Frenchmen if you will, for then I shall bend down on my knees and kiss your immaculate white feet with pungent smell. With a philanthropic soul as untarnished as a bidet, the scrumptious Frenchmen and Frenchwomen of 2021 will be honored and remembered in modern history as the most benevolent and superhuman, alas herculean!

The prodigious American people, armed with Thomas Paine’s ‘common sense’ will hopefully understand the unilateral request from the Oriental baffoon. Sanguine about it, I am. Therefore it is totally up to the Parisian and the Frenchmen to accept my lascivious Geisha kiss on your hairy, unwashed toes and thighs, No.5.

This is indisputably a war. A battle against the unknown. 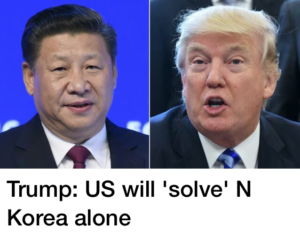 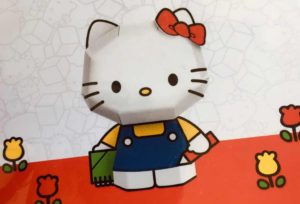 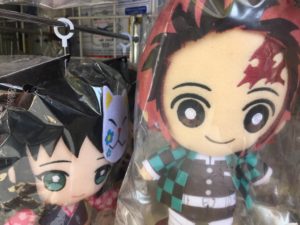