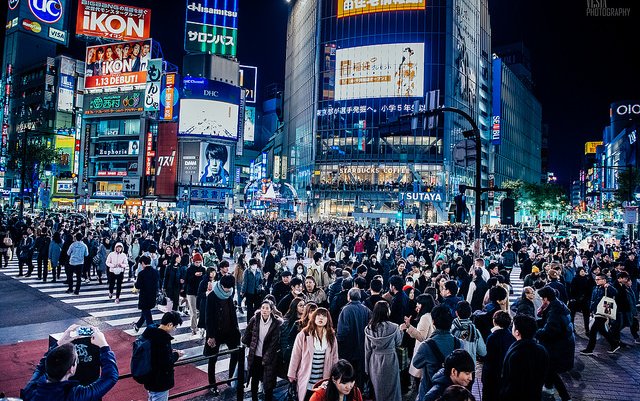 Japan is an obsolete nation.

This island nation of 127 million is Gaijin-phobic; meaning it unfortunately resents foreign nationals to the bone. Shame, of course but an extremely conservative and homogeneous society as it is, its just the way it goes.

I know this little business hotel near Shinjuku Gyoen station that emphatically denies Gaijins, or foreigners. That’s right, there are lots of “Mr.Trumps” in the land of Sushi.

The Japanese in general, that is. Because the ‘land of the rising sun’ now faces an imminent demographic trap as the world’s fastest aging nation. Our population is said to be shrinking by roughly 270,000 annually, while over 25% of the Japanese are now aged over 65.

By 2040, it is plausible that Japan’s population will decrease down to merely 111 million, which is undeniably an entrance to perpetual pandemonium.

To begin with, our economy won’t survive. Unsustainable.

This is a crucial factor especially when considering the recent rise of China.

The authoritarian state defies human rights as you may already know, and imposes strict censorship nationwide. “Sensitive issues” such as Tibet, Taiwan and Uighur must be overlooked in order to justify their political means.

Beijing today uses its economic leverage to downplay Taiwan, successfully pressuring western corporate airlines such as Qantas, Canadian Airlines and the British Airways to label Taiwan as “part of China” on their websites.

Furthermore, we all know that international law don’t mean a thing to the Chinese authorities. When the International Court of Arbitration, or the Hague concluded that China’s so called the “9 dotted line” claim in the contentious South China Sea is baseless, both historically and legally, Beijing responded by merely uttering “The ruling is nothing but a rubbish” – whatever that means.

And instead, what China does is to flex its military muscles intimidating the Philippines, Vietnam, Malaysia, Indonesia needless to say Taiwan.

We all know that deep inside, don’t we?!

That being said, Japan has a crucial role to play now in this 21st century.

To become a exuberant nation not only soft-power-wise, but also militarily too. It is only Japan that can actually contain China after all. In Asia, that is. And I’d like to underscore the fact that it is nothing but utterly ridiculous and hilarious when Beijing mumbles “Militaristic Japan once again? That’s a true threat to the region. We can’t acknowledge that” – whenever Tokyo beefs up its military strength to encounter Beijing’s recent military buildup.

Unless you are smoking pot, or really dumb, it is unthinkable that Japan will become a military superpower as we did back in the 1940s. It is China that is a pure, irrefutable threat today in Asia.

Go ask any Vietnamese or Taiwanese and you’ll get just one simple answer.

However, the biggest issue here is that the Japanese themselves no longer have the “balls” to contribute to the peace and stability of the region. Or at least to me that’s how it looks to my eyes.

Seriously, the Japanese’s post war infatuation with Americanism and capitalism has exceeded a decent level. Samurais are all dead today. If there are any, I’m pretty sure they are all fakes. In that sense, Trump’s petulant snub on Japan back in March 23, 2016 during the U.S election (CNN interview) that “The Japanese should defend itself against N.Korea” actually makes perfect sense.

“NATO is obsolete”, Ivanka’s father said some time ago.

“Japan’s constitution article 9 is obsolete”. I’ve reiterated this simple fact thousands of times already, but the polls still show that the descendants of the Samurais are nothing but an emasculated flock of sheep.

Of course nobody wants war. But Mr Hitler and Mr Stalin. The problem with the leftists in Tokyo today is that they have this inexplicable symptom to turn a blind eye to the recent Chinese military aggression, but instead assert “Defend article 9 of the constitution! Yah!” – wholeheartedly body and soul.

This is not only unthinking, but merely stupid.

And whats even more preposterous, the same people claim “Get out filthy Gaijins! No immigrants! No hairy white beasts and monsters from the third world!”

So the conclusion here is, that 127 million Nippon-Gin today are abnormally complacent that they don’t demand any fundamental changes in social structure. They may want raise in wages or course, but not Gaijins, or immigrants. This homogeneous, insular mindedness will prove costly in the long run, given the fact the current ruling Abe administration’s “Immigrant policy” is nothing but a sham reform.

The government don’t even refer to the immigrants as such, but calls them “guest workers”. What a dumb, euphemistic term that is, just like the ‘Comfort Women’. Whats even worse, though the Japanese government recently announced in June that by 2025, it will accept five hundred thousand “guest workers”, they will all have to go home after five goddam years. And they can’t bring their family members with them either. It’s banned. WTF!

Smart MP’s including Abe knows that the land of the rising sun desperately needs immigrants to sustain its strong economy. But at the same time, they are also well aware of the fact should there be any general election, the ruling LDP will lose as soon as they announce acknowledging “Immigrants”.

So in that sense, Abe is stuck in a dilemma urging him to speak from both sides of his mouth like his golf boss Donald. Japan needs a leader with lucid thoughts, to explain our current situation demographically as well as the threat of the disruptive Chinese.

There’s never been any coherent policy by the lawmakers in this country regarding immigrants nor boosting its low birthrate.

Bravado is all they have. No crotch.

Besides, the complacency of Japan also roots from the dominance of politics by ‘political elites’ from ‘political families’. Just because their father or grandfather was a MP, they become one. No matter how stupid you are, you get elected. Because the constituents are even dummer.

The current minister of finance Taro Aso’s grandpa was Yoshida Shigeru that rebuilt post war Japan under the “McArthur Umbrella”. The ‘rising star’ Ishiba Shigeroo’s father was a well known politician. Then comes Koizumi Shinjiro, an eloquent speaker but all he does is repeat what his daddy Koizumi Junichiro says – like “abandon nuclear energy! wow!”. This is a total farce given the fact LDP endorses nuclear energy as core energy supply of Japan.

What’s even more hilarious, the former PM Koizumi is now teaming up with Japan Communist Party (JCP) the former foe – calling Abe to abandon TEPCO and all the remaining nuclear plants nationwide, which is far from feasible.

So you see ladies and gentlemen, as the emasculated Japanese today repudiate war and military build up to confront China, they also resent the Gaijins, Immigrants or whaterver you call it.

And unless Kim Jong un or Mr Xi attacks Hokkaido or the Senkaku islands, the current murky system governing this ‘Sushi nation’ will never renovate.

GFS – Gaijin Friendly Superpower Japan by 2050 will never be achieved either.

Bloomers at schools are now banned in Giappone, as the prudish judo moms claim it’s lewd and Fescennine. But in all Familymarts across the street, smutty weekly’s accessible mighty naughty.『The Morning Goolies』 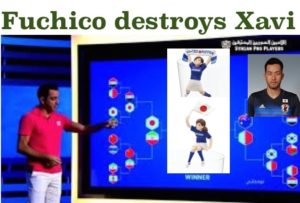