And we have the 45th Mr President totally indoctrinated by his advisor Mr B. ‘Our monstrous debt is a real killer! I’m gonna create more jobs fella. More jobs! Oh, our nation is bankrupt’ – they reiterate.

Big deal. We’ve all got to bear on our mind that back in the 1970’s and till the late 80’s, US (not IS) would bully Japan saying “You guys export too many small HONDA and TOYOTA cars to the U.S goddamit, creating huge trade deficit and huge unemployment. Stop it!” .

What a self centered, arrogant claim it was. American public loved (and the still do fortunately!) cars made in Japan or by Japanese automakers and the sales skyrocketed, but somehow the US government claimed ‘the system is unfair’; whatever that means.

For the past 50 years or more, whenever Washington started losing economic-wars, they put a total blame on Tokyo pointing out ‘Free trade is what America is all about! But we have a huge deficit crisis here, you and I. And that’s because the way you do business is UNFAIR!”

This ‘Yankee bully’ against Japan continued even after the collapse of the Soviet Union. The Clinton administration saw Tokyo as an economic-menace in the 1990’s imposing various kinds of legislations and pressures to clandestinely undermine its ‘ally’.

It was a huge success indeed.

Bill from Arkansas enjoyed flirting with Monica to say the least, and also had a huge fun targeting its ‘new adversary’ after the end of the Cold War.

Oh Ronald…dear Ronald Regan, only if you were the U.S leader also in the 90’s sir!

And now in 2017, we don’t have Ronald, but the world is in awe of ‘Donald’- who is cooking up excuses for America’s debt and ‘loss of jobs’ to ‘unfair trade’.

The only difference is folks, this time the foe is China. Not Japan.

Needless to argue Beijing is an abrasive, ruthless rising power that’s creating huge instability and turmoil in Asia with its military might. However, what’s more ridiculous is the same old rhetoric and tactic by the Whitehouse to bully its trade partners to achieve its political means.

You know the answer, of course. Go ask the widow of Mr Jobs.

Why are American jobs in jeopardy?!

“Because China, Korea and Japan is UNFAIR” – Mr Donald would argue during last year’s presidential campaign. Impose punitive 45% tariff on iPhones “Made in China” ?

Oh give me a break. Not a KitKat.

To my view, U.S will never become ‘great again’ as long as it intends to enforce its domestic shortcomings on the third party.

Japan used to be a threat for the U.S back then, and now it’s Xi Jinping. We all know that.

But we have all forgotten the history of how Mr Trump’s predecessors undermined Tokyo with its baseless claims using the notorious legislation ‘Super 301‘
instead of cooking Sushi together as an ‘ally’.

To be honest I do value the new U.S President’s candid character, as well as his approach to North Korea’s Mr Fatty Kim. But as an Outspoken Samurai of the 21st century, I just cannot turn a blind eye to the typical smear campaigns from Washington using ‘unfair deals’ rhetoric for the trade deficits and American trucks and cars not selling at all in Japan.

What a nonsense. Wasn’t America about ‘free trade’ and hotdogs?!

Remember folks, tax on American car is 0% in Japan! And it’s 25% on the opposite. Despite the fact, TOYOTAS are recording massive sales in Mr Trump’s home country.

Ivanka san, why are they selling by far more than your great shirts and skirts?! 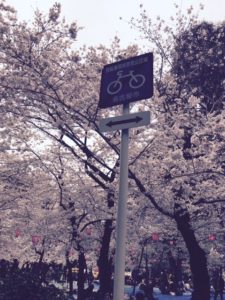 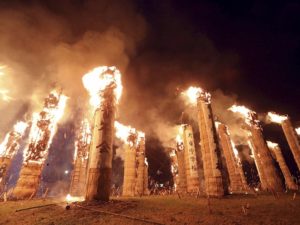